As some of you might know, in 2019, Harpswell students helped biologist Danielle D’Auria capture a great blue heron on a local pond. “Harper” was equipped with a GPS transmitter and promptly flew to new adventures. She relocated to New Brunswick, Canada, then migrated to Guajaca Uno, Cuba for the winter. Harper has since been loyal to these locations, but she did stop again in Harpswell in 2021. Harper’s migration flights covered 2,100 miles in 5-7 days using favorable winds over open ocean, with rest stops on islands. She is a late migrator compared to other herons, heading north in late May, two months after other herons have arrived here. Few signals have been received lately from Harper’s transmitter, but Danielle hopes that once Harper leaves Cuba the signals will be more reliable.

Danielle has sad news about a second heron tagged here in Harpswell in 2020, named Ragged Richard by the Harpswell Coastal Academy students who helped with the project. While Richard was faithful to Harpswell, he wintered in Haiti. This winter his transmitter has not moved from a remote swamp, indicating that Richard has probably met an untimely end. Because the area is considered dangerous, it is not possible to search for Richard’s remains in hopes of learning more about his demise.

Danielle now hopes to capture a bird near Deer Isle to learn more about the declining Heron population along Maine’s coastline.

If you would like to see up-to-date tracking information for the heron’s Danielle has tagged, click here. 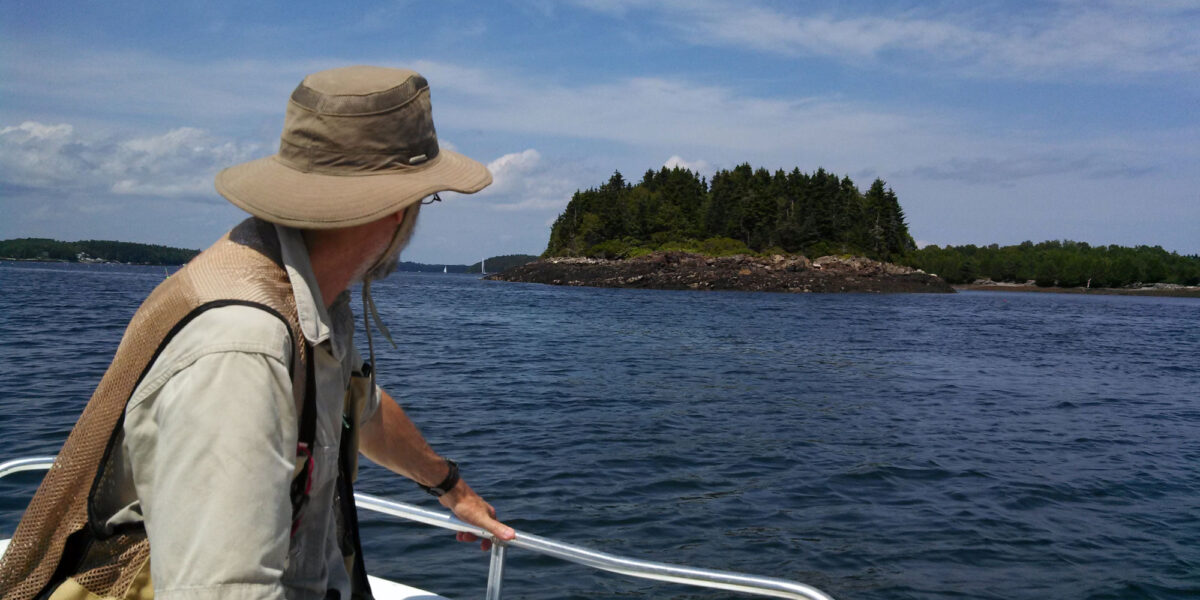 Harpswell’s Island Heritage October 7, 2022 Introduction Harpswell Township is home to almost half of Casco Bay’s more than 200 islands, listing 98 islands within its borders. Four of these are... END_OF_DOCUMENT_TOKEN_TO_BE_REPLACED
Our Environment Water: All Around us, yet a Threatened Resource October 7, 2022 The town of Harpswell is 81% water, so it seems odd to say that the town has a water shortage. Odd but true. Of course... END_OF_DOCUMENT_TOKEN_TO_BE_REPLACED
Our Community